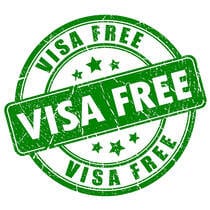 Originally the ETIAS system was planned to start on January 1, 2021. It has been delayed until November 2023.

THE EU IS NOT REQUIRING VISAS FOR U.S. CITIZENS

There has been a bit of confusion this week over whether the European Union (EU) is imposing a new visa requirement for United States citizens. Currently, U.S. citizens holding a valid US passport can enter Schengen Zone countries and stay for up to 90 days without a visa.  ​
To clear up the confusion, the EU is not imposing a new visa requirement. What they have done is to require that beginning in 2021, U.S. citizens will have to submit information into the “European Travel Information and Authorization System” (ETIAS) prior to entering the Schengen Zone. This requirement will apply to U.S. citizens and visitors from other visa-free countries.

Originally the ETIAS system was planned to start January 1, 2021. It has been delayed until November 2023.

​
The ETIAS system is similar to the U.S. “Electronic System for Travel Authorization” (ESTA) which the U.S. uses to screen European and other nationals who enter the U.S. through the visa-waiver program. Like the U.S. ESTA program, the European ETIAS is an automated system to identify security risks posed by citizens in visa-waiver countries. Neither ESTA nor ETIAS are visas.

​WHAT IS THE SCHENGEN ZONE

​What Are the Benefits of the Schengen Zone

​E.U. Countries Not in Schengen Zone