Previous Next
A peaceful Sunday stroll through Madrid’s Retiro Park 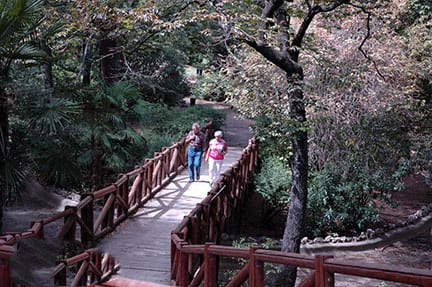 When every we take a cruise outside of the Caribbean, we add a few extra days at the beginning or end of the cruise to visit a city we’ve never been to before. One of my favorite European cities is Madrid. It is a city that I keep returning to. ​ 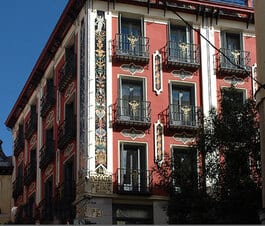 Madrid is 2 hour and 30 minute ride from Barcelona on Spain’s high-speed AVE train which travels at 217 mph. Barcelona is the launch point for many cruises around the Mediterranean or up the Atlantic coast, plus it is a popular tourist destination on its own.

Madrid is Spain’s largest city with over 3.2 million people. As the country’s capitol city, it is host to embassies from around the world which helps give Madrid its cosmopolitan feel. Madrid is a 24 x 7 bustling city. Unlike most of Spain, where restaurants open for dinner at 8 pm at the earliest, in Madrid you’ll find restaurants open all the time.  It Metro (subway) makes it easy to get around the city without the need to rent a car. Plus it has some of the most beautiful old Spanish buildings, plazas, and parks. 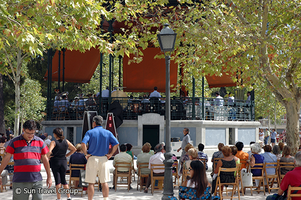 ​When I’m in Madrid and want to relax, escape from this crazy world, and get myself centered, I take a walk back in history with a Sunday afternoon stroll through Madrid’s Retiro Park. The Park was created for the Spanish monarchy and wasn’t open to the public until 1767.

​My escape starts at the Metro stop at the north end of the Park. As you enter through the gates, you’ll hear and then see a band playing in the bandstand, with a hundred or so people sitting and listening to the performance. Take a few moments to enjoy the sounds, notice the happiness and smiles on the faces of those around you. It helps to disarm you and let you begin to detach from reality. 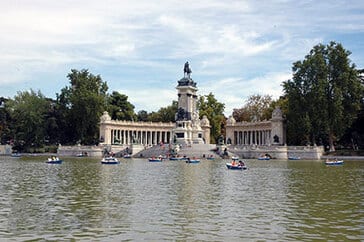 Behind you is the man-made Retiro Pond where you’ll see couples in paddle boats enjoying the afternoon sun. If you feel more ambitious rent a rowboat and row past the massive columns and statue of Alfonso XII moment.
​ 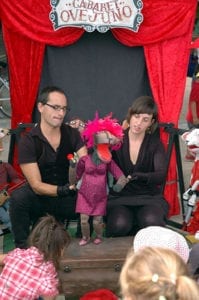 Now wander down the Paseo de la Argentina which is known as the Statue Walk. The path is lined with 18th century statues of Spain’s royalty. Look around and notice the beauty and symmetry of the boulevards. Each intersection has a fountain or sculpture. There are broad expanses of grass with children playing, adults reading a book, or groups of friends catching up on the week’s gossip. There is quiet, peace and solitude throughout the park. If you want to listen to music, you use headphones.

Next continue south and you’ll find a groups of musicians performing Spanish and American music, fortune tellers, and caricature artists willing to draw your face so that you can take it back home as a memento of your visit. My favorite performers are the puppeteers. Notice how the children sitting quietly and are intently engaged with the puppet show. They follow the story line. Squeal on cue when the villain arrives, and cheer when their favorite character emerges victoriously. They are absorbed in the performance. At the end, their parents give their children a Euro which the children hand to the performer as a thank you. It is so cute to watch the performers and their audience. 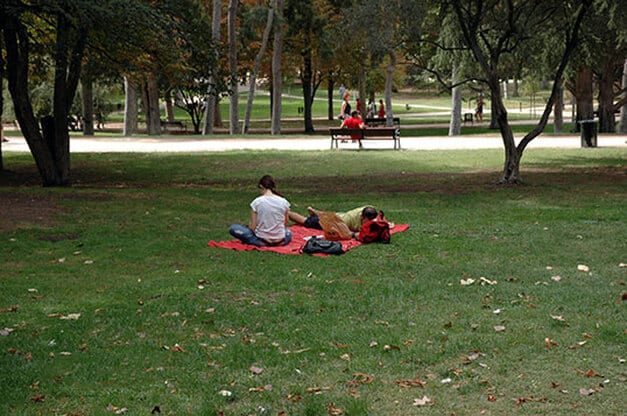 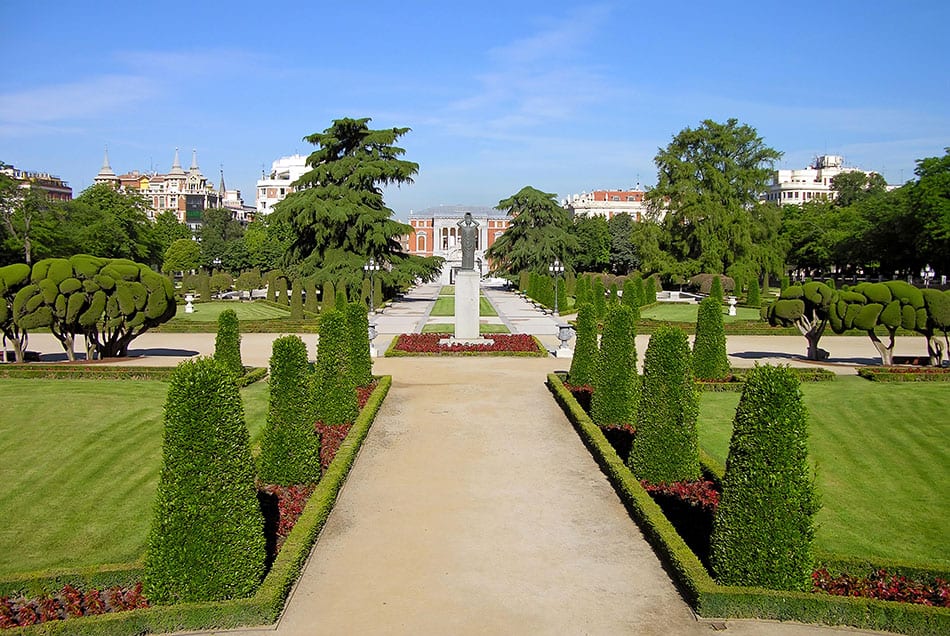 Boulevards is the Retiro Park 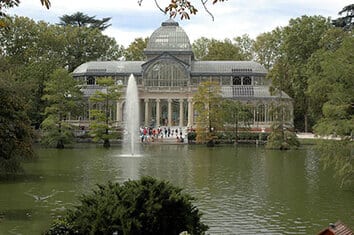 Next, head down a tree-lined path to the Crystal Palace. On the way you’ll pass families setting up a picnic for their extended family or couples walking hand in hand. The Crystal Palace (Glass Palace) was originally designed as a gigantic greenhouse but is now used for exhibitions and events. It is regarded as one of the best examples of iron architecture in Madrid. The Palace is was built in 1887 and is nestled among the trees and situated in front of a lake. After walking through the Palace, take a slow walk on the path around the lake.  Kids and adults enjoy watching the turtles sunning themselves on logs, the frogs croaking, and ducks playing. 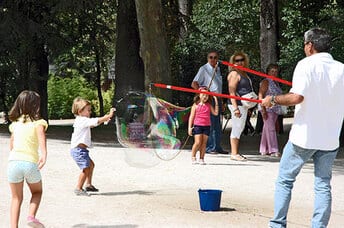 It was here next to the Crystal Palace where I captured this photo of children playing with a man making giant bubbles. This photo captures the essence the Buddhist philosophy of enjoying and living in the moment. Here I captured the briefest of moments as the bubble burst and starts to collapse.
From the Crystal Palace, head east to the Cecilio Rodriguez Gardens with its trimmed cypress, box hedges and pergolas. As you enjoy the gardens don’t be surprised if you stumble upon a peacock or spot them in a tree. 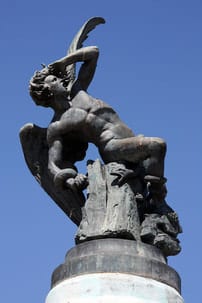 Now head west toward the Rose Gardens. This circular garden features over 400 different roses. May is the best time to see the garden, but the roses are in bloom for several months.

From there head west toward the unique Fallen Angel Fountain. Built in 1877 The Fallen Angel is controversial and may be the only public statue in the world dedicated to the devil. It was inspired by John Milton’s poem Paradise Lost and shows Lucifer’s expulsion. The octagonal pedestal has figures of gargoyles spouting water and gripping lizards, snakes, and fish. How appropriate is it that the statue stands 666 meters above sea level!

Now you can wander through the park and discover your magical moments. If you find something special and want to share it, just add your experiences in the comments below.