The new Martini Bar on the Celebrity Edge

Previous Next
The new Martini Bar on the Celebrity Edge

(Transcript from video above)

Wow this is certainly a very different Martini Bar.

Rather than being tucked away in a corner, the Edge Martini Bar is big (spanning three decks), bold (with its multi-story LED lights which are synchronized with music twice a night), sophisticated (with its elegance and style) and vibrant (it could easily be a bar in South Beach or LA). 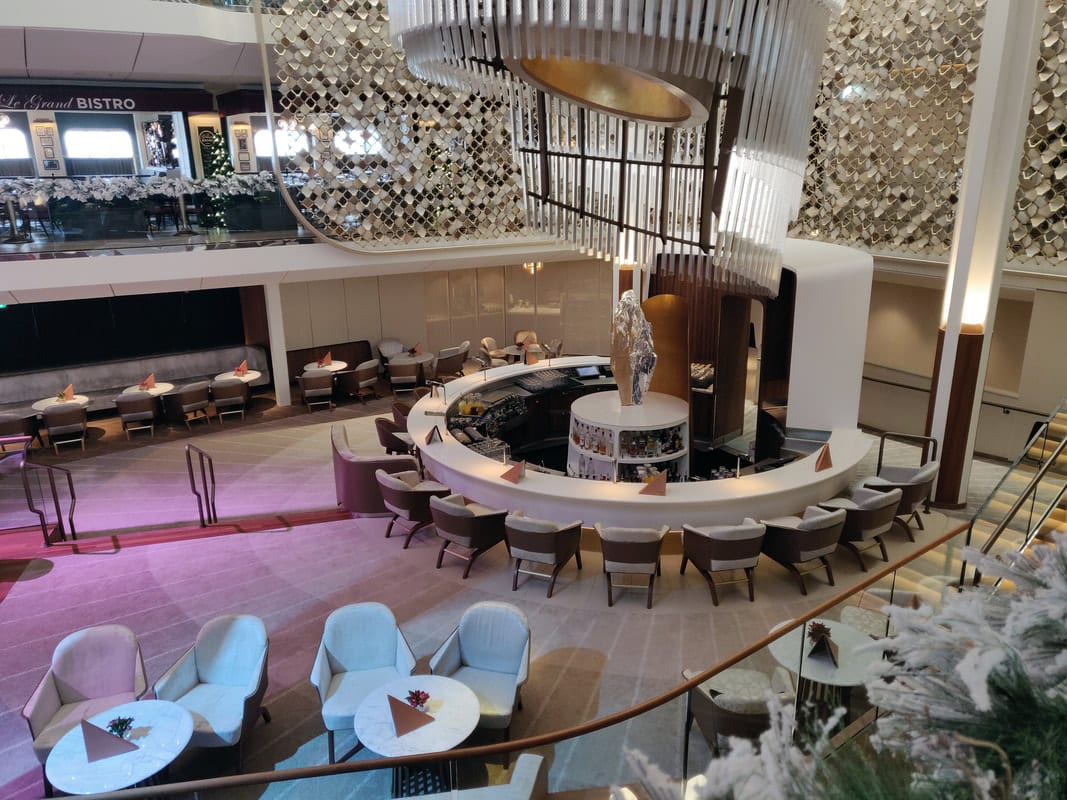 ​Whether this new design is for you depends on your perspective. The consensus has been that if you were a fan of the Solstice Class Martini Bar, you probably won’t like the new design. But if the Martini Bar is new to you, you’ll probably enjoy the open and expansive redesigned look.

Regardless, this is a very different Martini Bar. On the Edge the Martini Bar is the heart and soul of the ship. In the evenings it becomes an energetic and lively hub of the ship. It is a great place to relax and catch up with friends or family for a few drinks before or after dinner.

You would think with all of the multi-level seating, there would be plenty of seats waiting for you. But you’d be wrong. While the Martini Bar on the Edge has expanded its footprint, Celebrity has removed the Passport Bar, Cellar Masters, World Class Bar, and Ensemble Lounge. Without those bars, all of which had their own bar seating, the Edge’s Martini Bar becomes overwhelmed, both at the bar itself as well as with seating around the bar. We had trouble finding any seats before and after early dinners on most days. 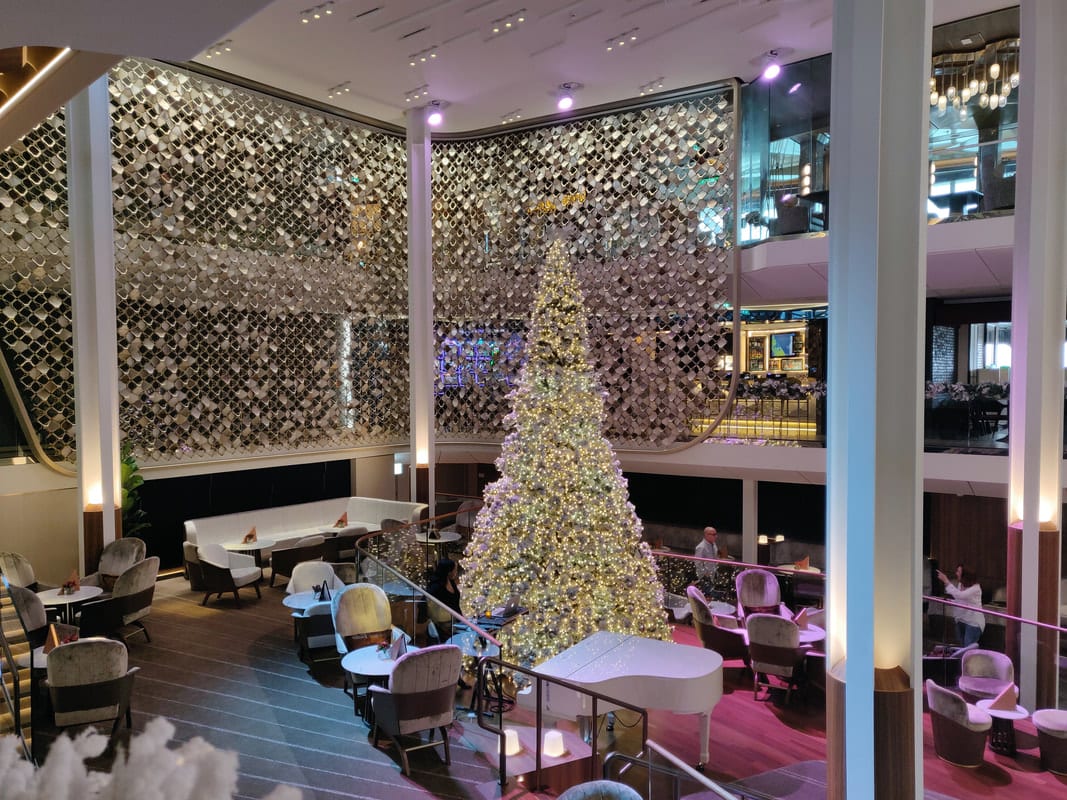 ​The good news, you’ll still find the bartenders showing off the signature moves and flair – flipping bottles in the air, balancing bottles on their heads and arms, and filling a line of martini glasses in a single pour. It is always a joy to watch the energy they bring to the bar. And of course, the bartenders are as friendly as always. Plus with the new ship comes some delicious new featured cocktails with something sure to please almost everyone’s palate.

​On the Solstice Class various bottles of premium liquor were prominently displayed around the bar, peeking your interest and provoking you to challenge the bartenders to create a cocktail with a new exotic liquor. On the Edge, the bottles are tucked away under the counter and out of sight. On the Edge, its the sculpture and lights above the bar which are featured prominently.

​Another welcome change is that there is no competing music from other venues on the Edge. On the Solstice Class ships Martini Bar music would frequently clash with the music from  dance lessons or other activities coming from one level below the Martini Bar. Not on the Edge. Another pleasant change is that singers and musicians are no longer shoved against a railing. Instead they perform amongst the crowd creating a warmer and more connected atmosphere. 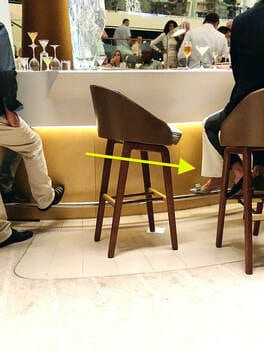 ​There are some misses. If you like to belly up to the bar, there are fewer seats around the bar, so finding a seat becomes difficult and usually impossible. Plus the starboard (right side) chairs are designed to dump you out – a truly weird and uncomfortable design. Checkout of the angle of the chair. We saw several people needing to place their knees against the bar to keep them in the chair – an example of designers choosing form over function.

​Another miss, on the Solstice Class ships the Martini Bar is a place where people gather at the bar and kindle new friendships. The chairs are packed tight and it is an intimate setting. Because of the larger chair sizes, the reduced number of chairs at the bar and  the elimination of all the other Solstice Class bars, this wasn’t possible on the Edge.

​With that said, it is an energetic bar serving fantastic cocktails with a flair and it adds a pulsing heartbeat to the Edge. Give it a try. You might feel right at home.