Stari Grad Croatia – A step back in time

Previous Next
Stari Grad Croatia – A step back in time 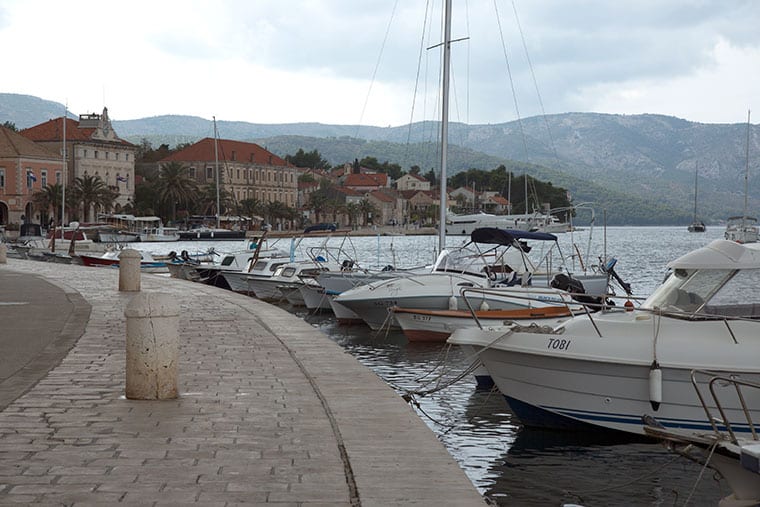 ​One of the many joys of cruising is visiting ports I’ve never been to before and discovering incredible places I’d never knew existed. This happened on one of our Azamara cruises out of Venice which included a port stop in Hvar, Croatia. Hvar itself is very interesting, and I’ll write about it in a later post. But what amazed us and captured our hearts was Stari Grad, Croatia. It is a place that should not be missed if you like history and architecture. 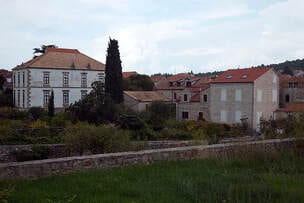 ​Stari Grad is about a scenic 30-minute drive from Hvar (which is located on the west side of the island) over the mountains to the east side of the island.  Unlike much of Europe with its modern mega-cities with flashy glass buildings, Stari Grad has retained its old-time charm. It is like walking back in history.
​
The town is at the end of a long deep-water channel in Stari Grad Bay. It is protected to the north by the hills of the Kabal peninsula and on the south by the high mountain ridge Hvar. It has offered a safe harbor to sailors for centuries. The town has been able to protect and preserve its authentic character.

​Stari Grad literally means “Old Town” and is one of the oldest towns in Europe. The area was first settled by neolithic tribes who occupied it between 3500 and 2500 BC. In 384 BC Greek settlers arrived from the Greek island of Paros and named this town Faros or Pharos. Its plains were fertile and ideal for planting crops – olives, lavender and vineyards. The Greeks mapped out the agricultural Stari Grad Plain for the surrounding area using right angles and standard size lots. This Plain still exists today and is one of the best-preserved examples of ancient Greek agriculture. 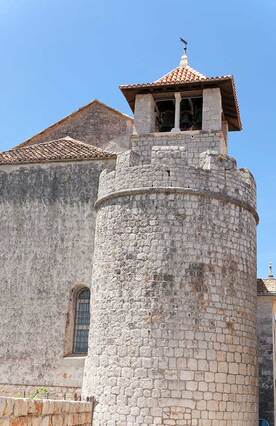 ​The town was allowed to forge its own money and was protected the long canal surrounded by mountains and with high walls around the city center. Remnants of these walls can be seen at the Church of St. John and by two forts.
​
​Over time, the island was taken over by Rome and then the Venetian Republic. Hvar became one of the bases for the Venetian fleet. Later the Turks invaded twice and burnt down most of the town. In 1797 Napoleon invaded and captured the town. Austria and France controlled it before it became part of the Dalmatian Kingdom. In 2008 the town was designated a UNESCO World Heritage Site.

A WALK THROUGH HISTORY

Our visit started just outside of town at the Church of St Peter & the Dominican Monastery. Today it contains one of the best museums featuring the history of the town including artifacts from the ancient Pharos Greek settlers and works of art by important artists. 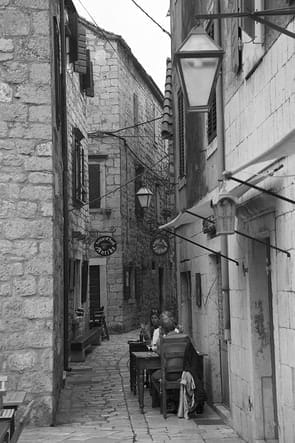 ​Then after a short walk we reach the old town. As we walked down the narrow cobblestone roads, some barely wider than the reach of our outstretched arms, you can’t help but feel like you’ve traveled through a time machine to an era long lost. You can easily imagine the clanking of horse drawn cart wheels on the cobblestones as farmers took their wares to the port.

​​These charming stone homes were built in the 16th and 17th century some with renaissance-baroque characteristics while others show traits of the Romanesque and Gothic periods. We stopped in several small village courtyards where villagers would gather for parties, festivals, and celebrations.

Today these homes are being renovated with modern interiors. During our walk, the tour guide took us to a home undergoing remodeling. During excavations for new plumbing they unearthed a beautiful ancient Roman mosaic floor buried a couple of feet below the surface. He noted this is a common find as homes were built upon the ruins of previous generations. 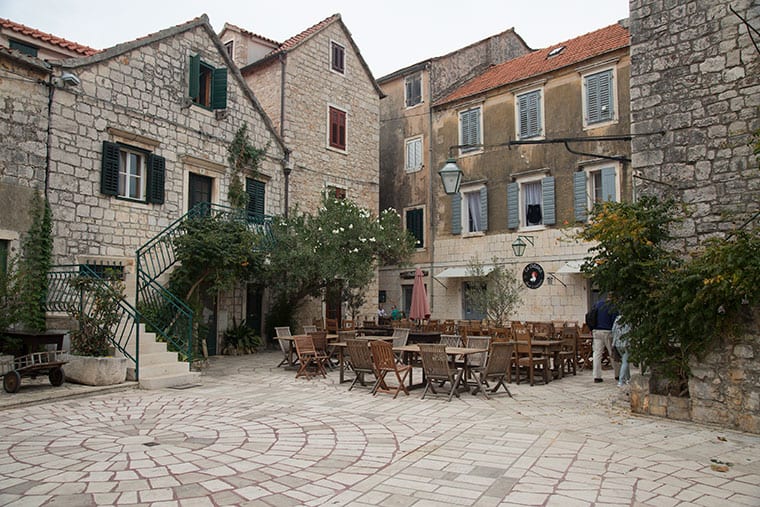 ​After winding our way through a maze of streets, we ended up at the waterfront promenade is lined with shops, bars, and restaurants which have welcomed visitors for centuries. When we visited, there was a brief afternoon shower which gave us the excuse we needed to duck into an ice cream shop and enjoy locally made ice cream while we waited out the showers.

Nearby is the Petar Hektorovic Trvrdalj (castle). While not really much of a castle, this mansion was built by Croatia’s most famous poet – Peter Hektorovic (1487 – 1572). As you enter the property through the courtyard, you’ll notice a large pond full of local fish. The gardens are being restored slowly with Mediterranean plantings. It is one of the first homes in Europe to have an indoor toilet. While you can visit the gardens, the house is not open to the public.

THE PLAINS – JUST AS THE GREEKS LAID IT OUT 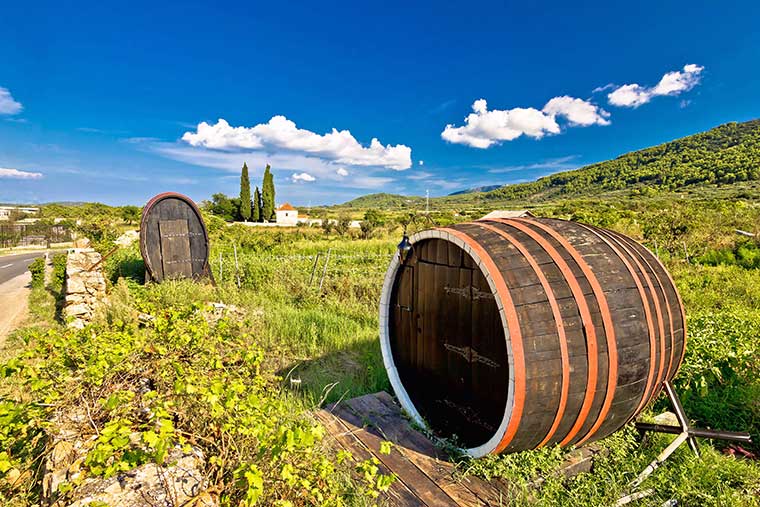 ​We left the promenade and traveled through the rolling hills and agricultural fields. 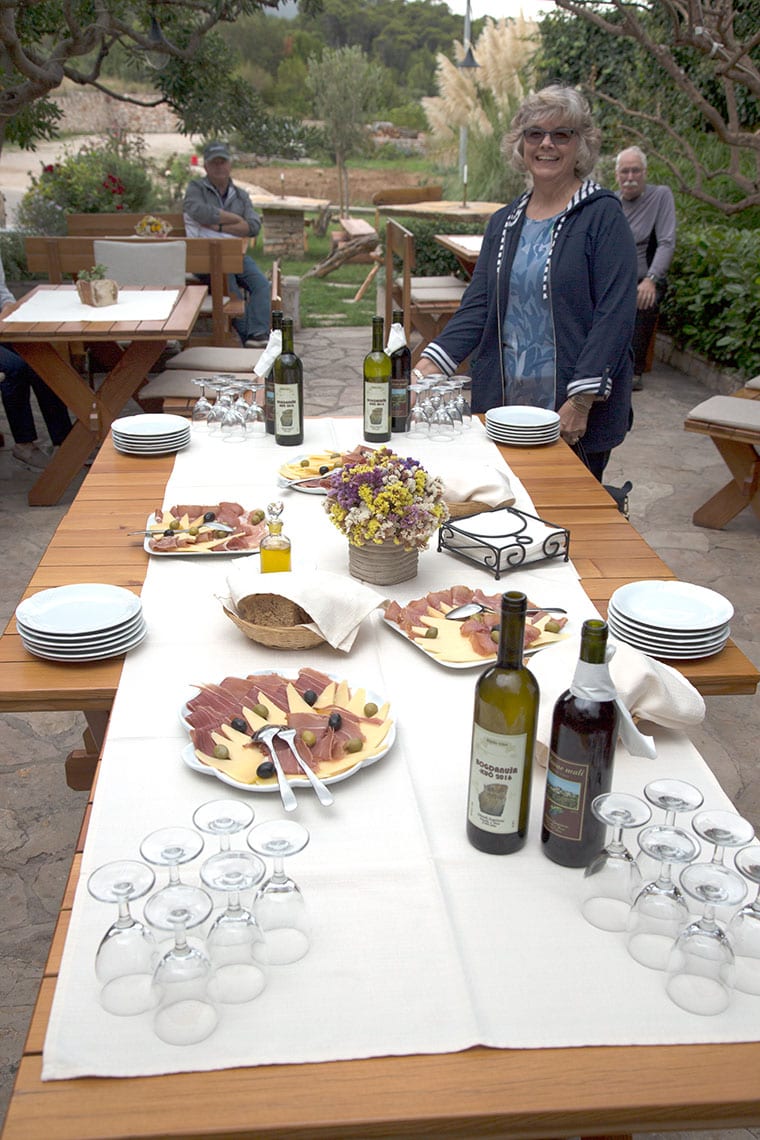 Today they are full of vineyards, olive groves, figs trees and a lot of lavender farms (which are harvested in June & July).
​Most of the vineyards were attacked by the phylloxera pests. The vines had to be removed, destroyed, and replaced. Slowly wine production has increased, and Stari Grad is able to produce excellent wines again.
​We visited the home and small restaurant of one of these vineyard owners where he served wine from his property, cheese, meats and olives for a light but filling late lunch.
A cruise can be so much more than just a sumptuous floating hotel. It offers you to opportunity to learn and discover. Happy sailing!

Travel is my passion and that is why I love to share my knowledge and expertise with others. What better way is there to see and experience the wonders the world has to offer, to meet people from different cultures, to walk on paths first traveled thousands of years ago, or to see how civilizations built their cities and how they live today. Or maybe, you just want to kick back and relax. Through my years in travel, I've learned how to help my clients avoid vacation disappointments. My experiences in 36 countries allow me to sort reality from advertising. With extensive travel industry training, I am a certified Signature Travel Expert. Through the Signature Travel Network, my clients have access to our network of preferred and vetted partners including luxury hotels, resorts, cruises and tour operators around the globe. We have 90 Destination Specialist partners living in over 100 countries. Our "Sophisticated Travel Collection" hotels offer exclusive benefits and complimentary amenities including breakfast for two daily, room upgrades, spa credit and early/late check-in/out when available. Through our consultation program we listen to what excites you and learning about your interests, together we'll craft your perfect vacation. I’m with you in the beginning, through the planning process and until you return home because I want your experiences to be memorable, as mine have been for me.
Page load link
Go to Top