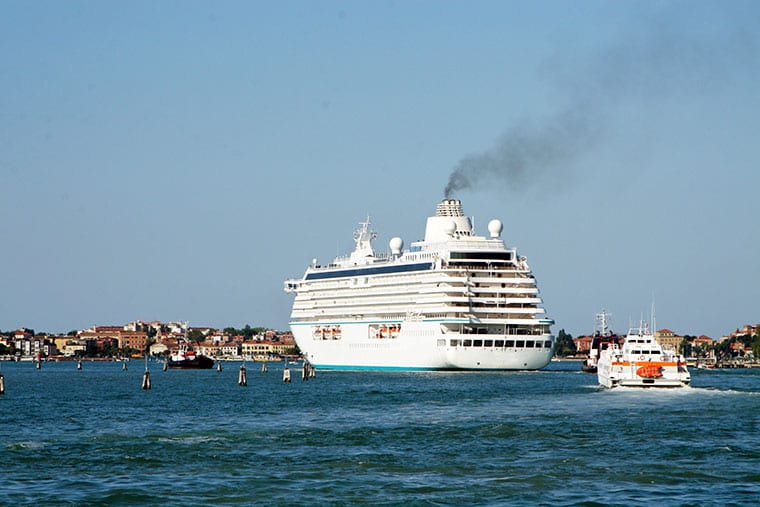 What it means for you

Italian officials announced this week that they will start redirecting large cruise ships away from the historic center of the city. These ships will no longer be able to cruise through the Giudecca Canal. As you can see from the picture above, these huge ships are so massive they obliterate the view of this charming city. Locals worry that the wake caused by these massive ships undermines the wooden poles which hold up this city. Others are concerned about the overcrowding these ships bring to Venice. Regardless of your position on these issues, the changes will affect visitors to Venice. 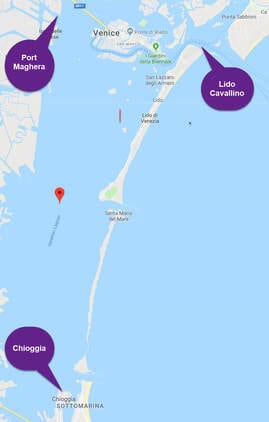 By next year, the largest of the cruise ships, up to 1/3 of all cruise ships entering the Venice lagoon, will be redirected to other terminals away from central Venice.  These changes come after years of talk about limiting large ships, but took on added importance after the MSC Opera crashed into a cement embankment on June 2nd, and the Costa Deliziosa’s near miss of a yacht on July 7th as it was caught in strong winds.
​
With over 1,000 cruise ships traversing the Giudecca Canal a year safety and environmental concerns have won out. Officials are looking at several locations as possibilities for new cruise terminals near Venice. 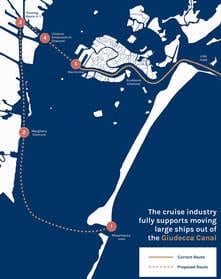 Long term options that have been discussed include Port Maghera, a new terminal between Lido and Cavallino, as well a terminal at southern end of the lagoon near Chioggia.  ​

The cruise lines industry (CLIA) has proposed using different routing which takes large ships away from central Venice, but which would allow them to dock at the larger Venice port in central Venice allowing passengers direct access to central Venice without the need for additional transportation services.

But none of the options have been acceptable to both the cruise lines which don’t want to make the large investments that new terminals would require, and locals demanding options that will provide better safety and which will protect the environment.

The interim terminal options are about three miles across the lagoon from Venice. No longer would cruise visitors be able to leave the ship and step into the heart of Venice. For cruise lines this means having to work with local officials for new transportation systems to easily move people from the new ports to central Venice. These options will increase costs as well as add significant time to their passengers wishing to visit Venice. Officials say the long term plans will take time to develop with local involvement.

Luxury cruise lines operate smaller ships and will benefit from these changes as they will still be able to berth in central Venice and traverse the Guidecca Canal. 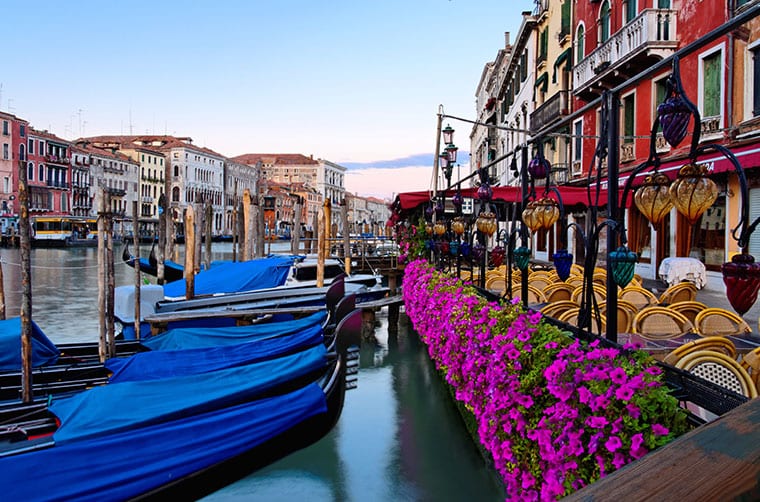 Whether your cruise ship will berth in central Venice or in one of the near by ports, Venice is an enchanted city that everyone should visit. With its uniquely romantic winding streets and canals, its ornate buildings, Venice will delight even the most seasoned traveler.