St-Paul-de-Vence – A must see medieval village

Previous Next
St-Paul-de-Vence – A must see medieval village 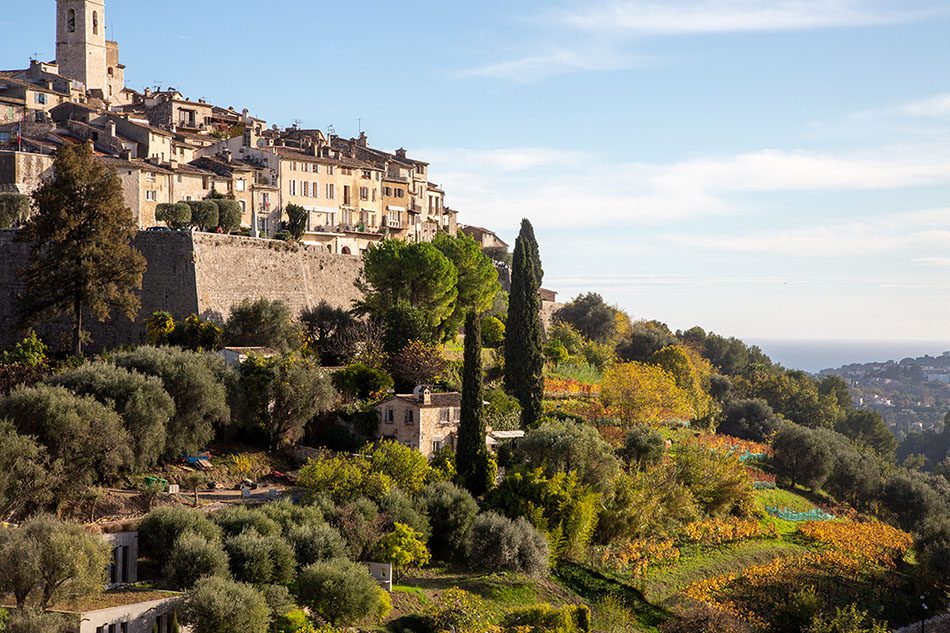 One of the many highlights of our Azamara cruise was our stop in Nice. While I’ll cover Nice in a separate article, here I want to talk about our excursion to Saint Paul de Vence – a visit I’d highly recommend. Vence or St Paul or Saint Paul de Vence (it has been referred to by all three names) has been called the “second most beautiful village in France,” and for good reason. It is a few miles from the coast and about a 45-minute drive from Nice.

But let’s start with some history. 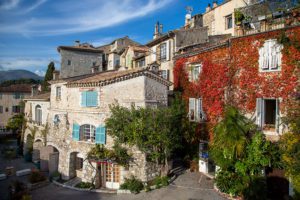 Much of the early history of this village has been lost. Most historians believe the town was settled in the 10th or 11th century.

St Paul is an imposing walled medieval town perched on a mountain top. Around 1418 the village was made a Royal town by King Louis III. The walls for this medieval fortress were built in 1544 and 1547 by Francis I Valois, King of France. There was once a castle at the highest point which is no longer there. Next to where the castle stood, is a church which dates back to the 14th century. 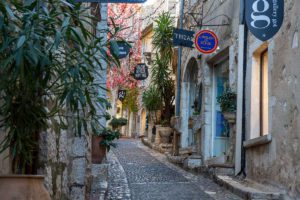 The main street, rue Grande, runs from the gates at the north to the gates at the south end – this road dates back to the time when Rome ruled the area. One of the oldest buildings in the village is the town hall which is housed in a former dungeon dating back to the 7th century.

In the 1900s Vence became a haven for the arts community drawn by the charm and beauty of this well-preserved medieval town. 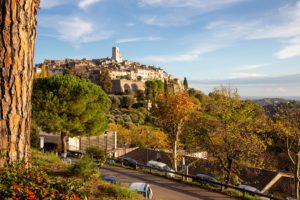 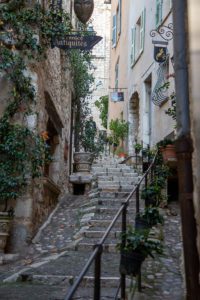 Many famous artists stayed in the Colombe d’Or hotel or visited the “Chez Robinson” café and bar as it was known back then. Visitors and those who took up residence in Vence included Pablo Picasso, Jean-Paul Sartre, Matisse, Renoir, Jacques Raveart, Billy Wyman (of the Rolling Stones), James Baldwin, and many more. Gene Wilder and Gilda Radner were married in Saint Paul and some of France’s most famous movie stars including Simone Signoret and Yves Montand spent time in St Paul.

Finally, Marc Chagall lived in Vence until his death in a large estate outside the city gates and is buried in its cemetery. 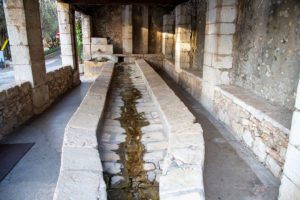 Before you enter the north gate, you’ll find the village laundry which was feed by a local stream. Can you imagine rubbing and pounding the your clothes to get out the dirt after a hard days work? It makes me really appreciate by LG washer and dryer! 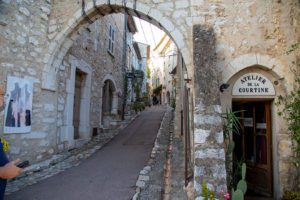 The narrow streets are still lined with cobble stones that wind through the city. As you enter the north gate, your mind wanders back in time and you can imagine a thriving village with horses and carts riding these streets. 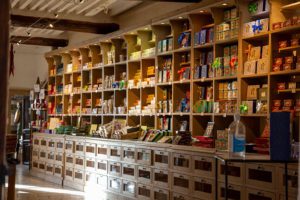 Today the streets are lined with fashionable and high-end art galleries and boutiques. Be sure to try the French nougat. The French are quite proud of their version. Stop in one of the galleries. They are fascinating featuring a variety of oil paintings and sculptures. These artisans sell to the ultra-rich. Along your path you’ll find several doors labeled “Atelier” the french word for studio where you might find a artist or high fashion designer.

The narrow roads twist and turn. Be sure to walk down or up the side alleys. You’ll be surprised and delighted to find yourself in a plaza with outdoor seating for a sip of wine or vodka. Don’t worry, the town is so small you can’t get lost, but you can get disoriented as I did here. 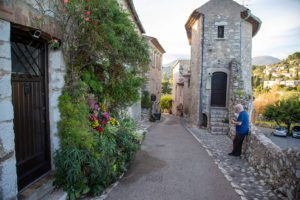 As you wak down rue Grande you’ll come upon la Placette and several other mini-squares featuring fountains which were used for watering horses and decoration. 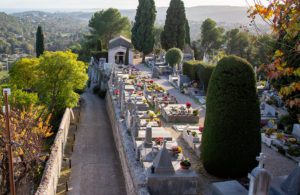 At the southern end of rue Grande you’ll find the cemetery and a map outside the cemetery which shows exactly where Marc Chagall was buried. Chapelle Saint-Michel is in the cemetery. It dates back to the 14th century and is the oldest chapel in Saint-Paul. From the ramparts above the cemetery, we were able to see the snow-capped Alps.

Many cruise lines offer excursions. We took Azamara’s excursion. The ride was about 45 minutes from the Nice cruise port to St Paul. A taxi will cost around $75 – $90. The Nice bus line #400 will also take you to Vence.

The best time to visit Vence is during the shoulder seasons – late fall and early spring. During these times the weather is comfortable and the crowds much smaller. During the high summer season upwards of 2.5 million visitors jam this small village.

As we left the village we came across a typical impeccably dressed French woman carrying her simply adorable dog.

Then we boarded our bus and left the evening sun-drenched St Paul de Vence village and headed back to our ship and all of modernity. 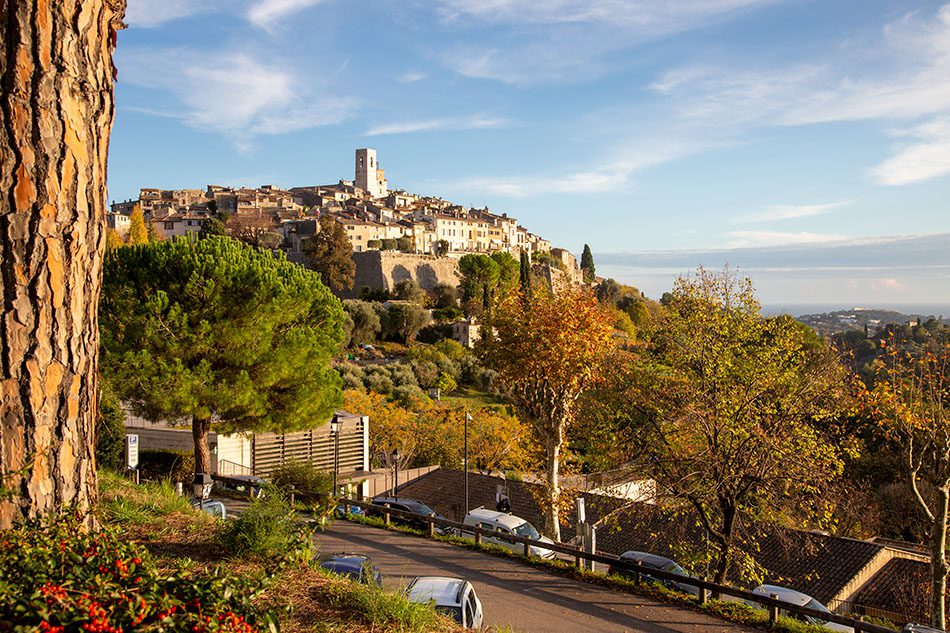